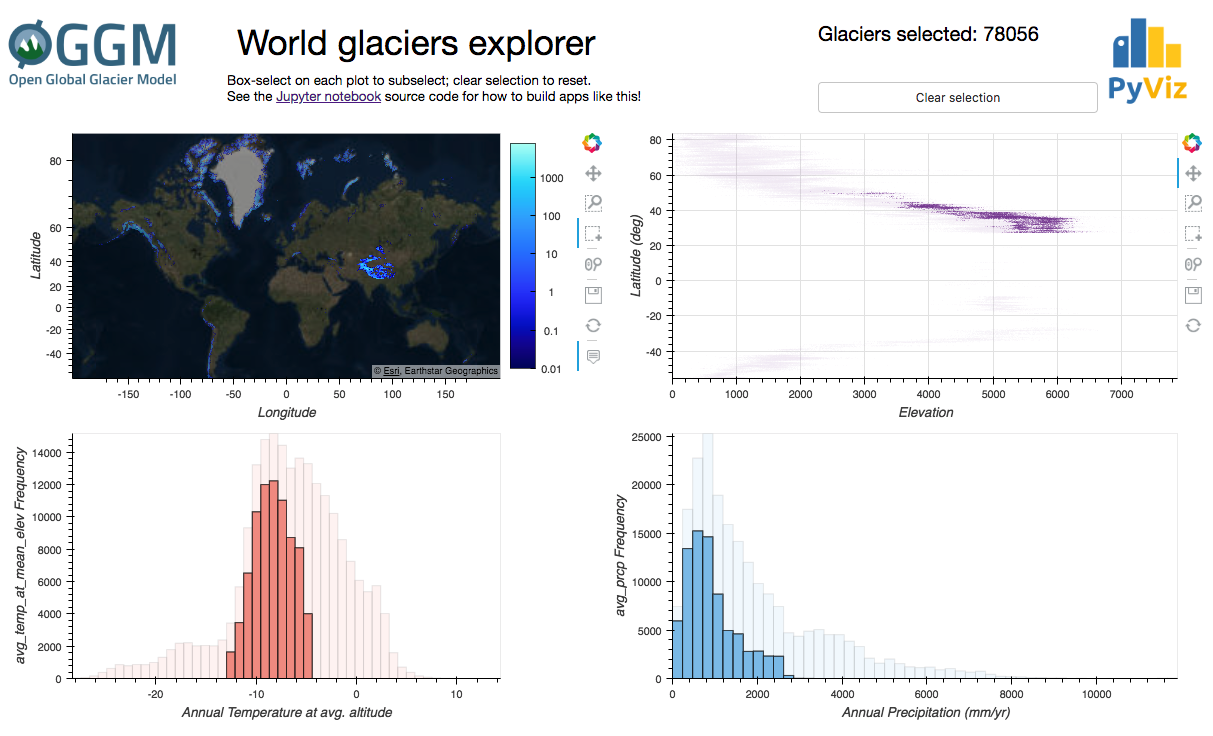 As you may know, we recently developed an interactive visualization during a hackathon in June.

The app was based on Dash by Plotly and at that time I was astonished how quickly I was able to create an interactive app from scratch, without any knowledge of either Plotly or Dash.

More recently, I got curious about impressive new tools developed by the PyViz team, and I started a Twitter discussion which ended much further than I would have expected!

The PyViz members Philipp Rudiger and James Bednar took the challenge and made a new PyViz app to replace the Dash one in no time.

The app can be launched directly on MyBinder by clicking on the following link:

The code is hosted on github.

Visit this dedicated page to learn how to use the app and links to the data sources.

For reference, here is the equivalent application I wrote in Dash back in June. I won’t start a
debate about the difference between Dash and PyViz here (for a summmary, refer to the official Panel FAQ). Furthermore, the two apps are not equivalent, and my Dash and CSS knowledge are too poor to make a fair comparison out of it.

However, the biggest difference between the old app and the new PyViz one is that the old one uses a reduced version of the data. Indeed, to make the app run smoothly, we had to bin the data into longitude/latitude ranges to reduce the total number of points to visualize. The PyViz app can rely on DataShader to reduce the data on the go, i.e. display the 200’000+ glacier points interactively without any latency. This is simply awesome, and opens many new opportunities for global visualizations based on OGGM.