It maybe surprising, but the “dynamical core” of OGGM is only a very small part of the entire codebase. The numerical scheme we developed for OGGM is simple but flexible: it allows for arbitrary bed geometries and for transfer of mass from tributary flowlines. We rely on an adaptive time stepping scheme, making use of the CFL condition to decide on an appropriate time step.

Recently, our colleague and OGGM contributor Alex Jarosch pointed out serious flaws in our time stepping strategy: most notably, we used to enforce a minimal time step when the step required by the CFL condition was too small. This lead to instabilities, which I dealt with by implementing a very dirty “trial and error” time stepping that would first run an “ambitious” time step and re-rerun a less ambitious one when it failed with numerical errors. These ad-hoc solutions were developed at haste to “get the job done” in the early stages of OGGM development. Alex was right to point out that they were flawed and dangerous.

After some thinking and a lot of empirical tests, I came to the following conclusions:

A few lines of code, but with important consequences:

Errors of the original algorithm

This is the first thing I wanted to know: how large are the errors we are making with our ad-hoc method? 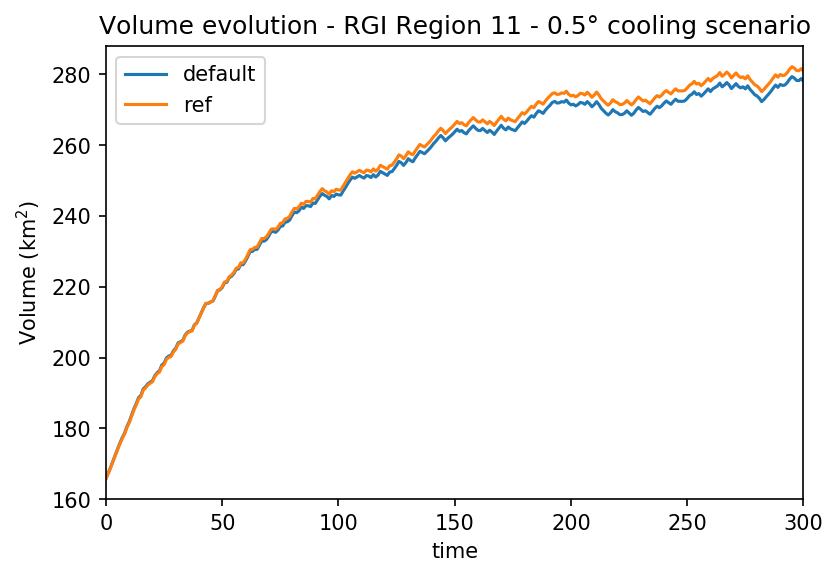 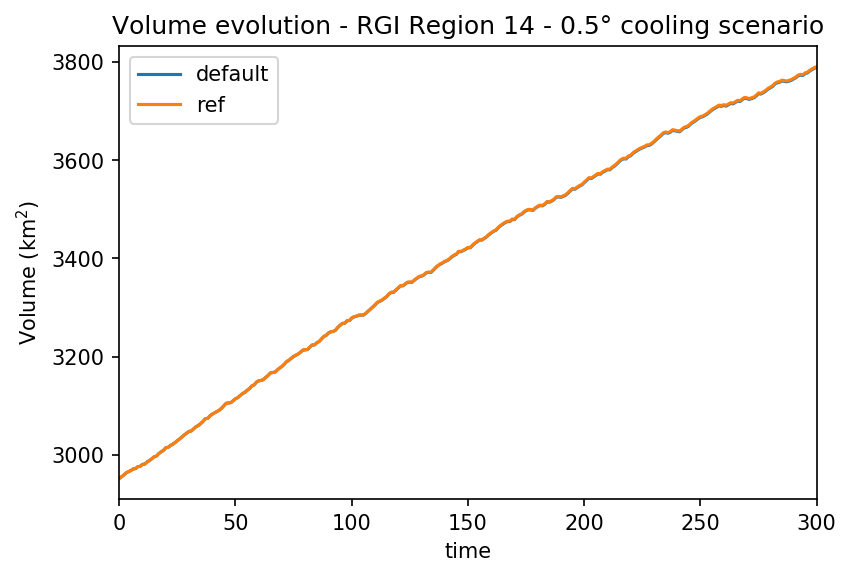 The differences between the two runs are minimal. RGI Region 14 has a much larger volume and much larger glaciers, explaining why they are far from equilibrium after 300 years. In terms of relative error, the differences are still significantly larger for the Alps: 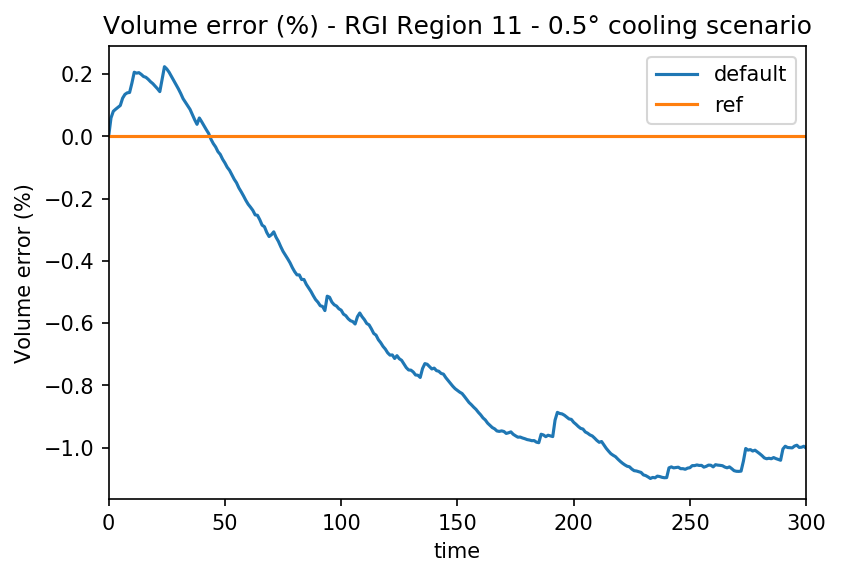 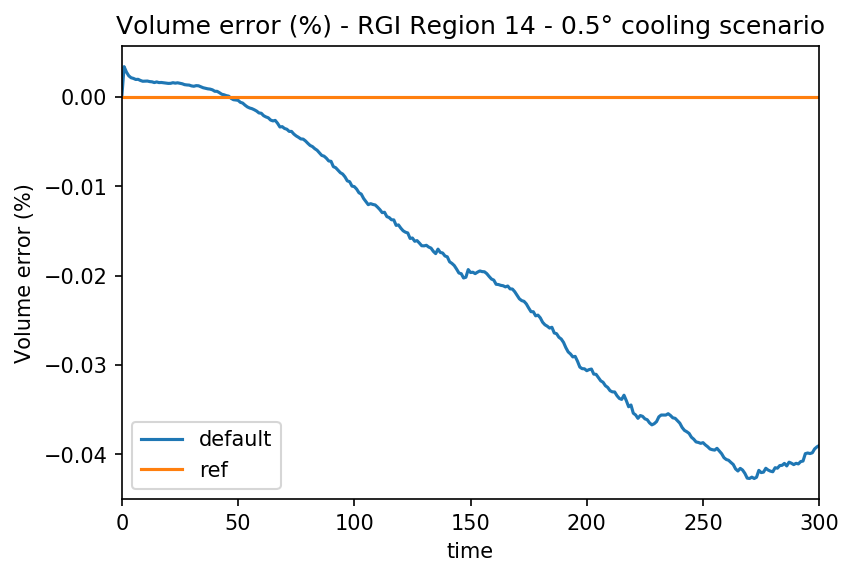 The sawtooth curve pattern is characteristic of instabilities. The error for the Alps is about 1%: this is much smaller than many other uncertainties coming from e.g. the mass-balance models.

Choice of the “correct” Courant number

To decide on the time step, we use the famous formula: 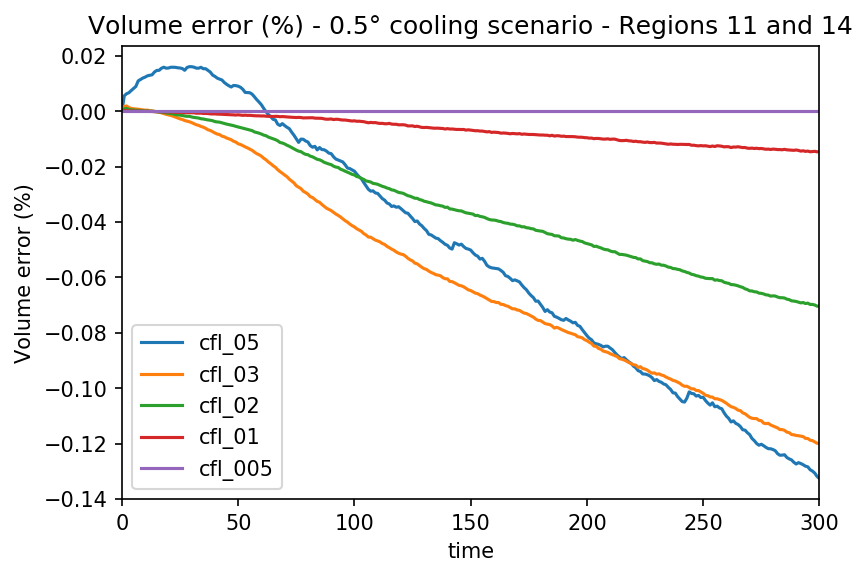 When the Courant number is too large (0.05), the sawtooth pattern hints at numerical instabilities. For lower values, the difference to the reference run gets smaller and smaller. I don’t really know where the differences come from: I don’t know if there are real “instabilities” or an accumulation of floating inaccuracies or something else.

Based on these error curves, smaller Courant numbers would always be “better” of course. But at the same time, the differences are very small. We rely on other arguments to decide for the new default: number of run failures (“time step too small”) and performance. For these two measures, it appears that 0.02 is an excellent compromise, with the smallest number of errors altogether and an excellent performance.

Performance of the new scheme

We measure the time taken to simulate each individual glacier, and compare it with the previous scheme. In the plot below, a value of 1 means “as fast as before”, and larger values “x times slower than before” (note the varying x axis ranges): 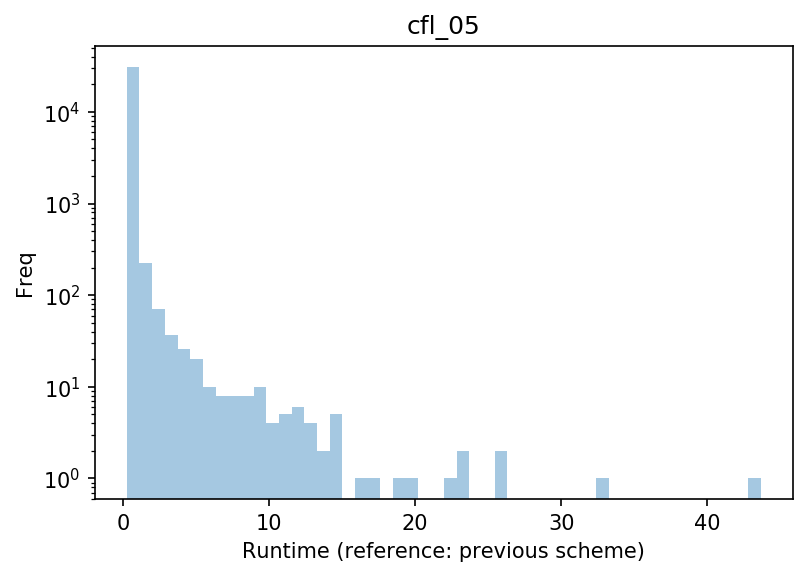 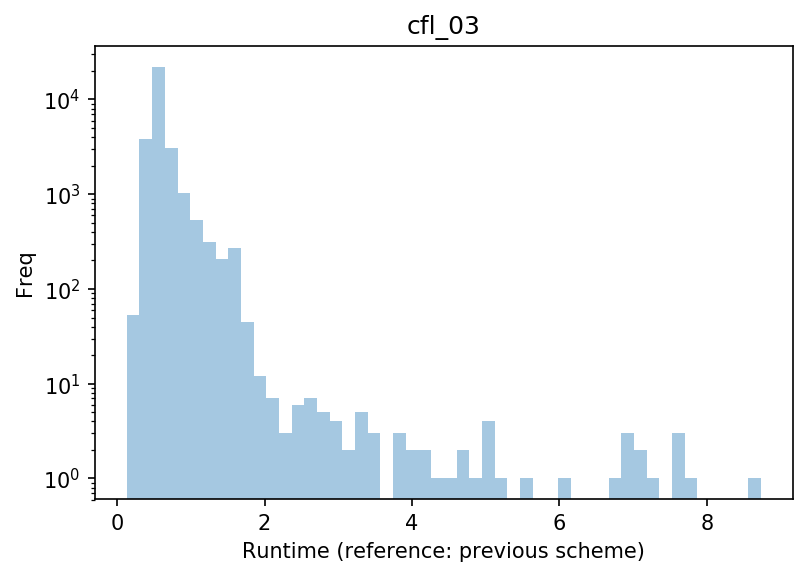 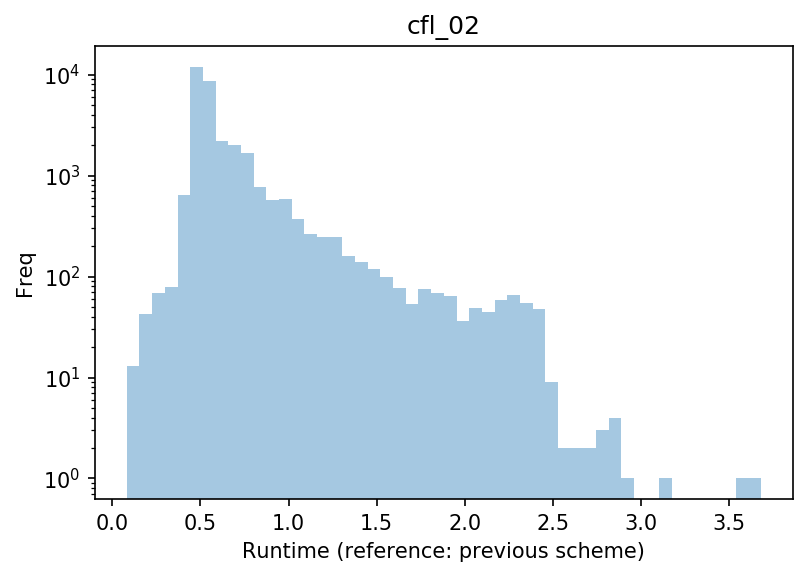 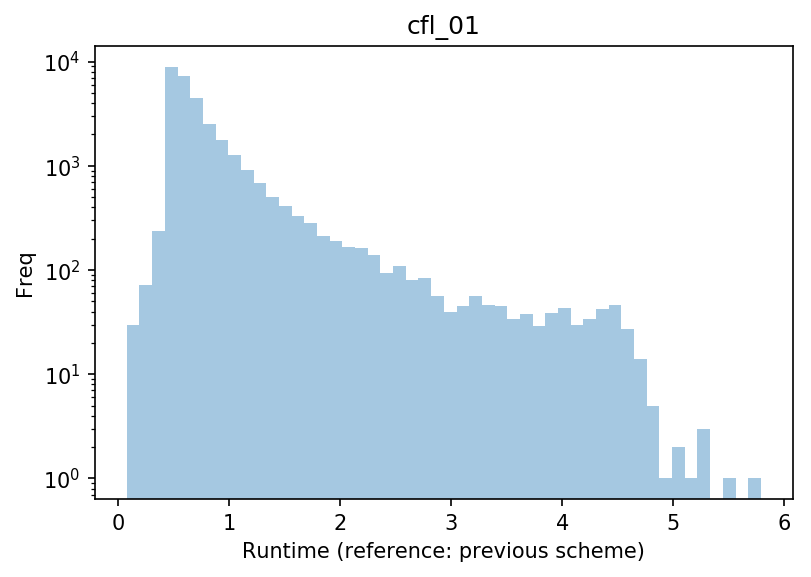 With these new settings, OGGM can therefore be slower than before on some glaciers, but 92% of the glaciers run faster. On average, the model runs more than 30% faster! This is due to the rather stupid “try and error” algorithm which was used before, combined with undesired instabilities in the previous scheme.